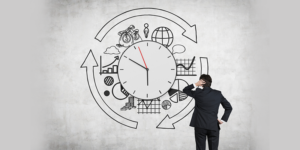 For Entrepreneurs, I believe that Time is most valuable of all, because Time spent cannot be regained but Money spent can always be earned back. What time can teach you, money cannot or may be money too can teach you the same thing along with time but it just becomes a little expensive a learning, you can spend a lot of money on your idea to get things off the ground quickly for your idea to launch, and still you may find something missing, something that is not right, its only until unless you have spent enough quality time on your idea, is when you will know how to go about executing it through the different stages of a startup.

Investing Time on your Ideas rather than Money

Often Entrepreneurs spend time chasing money, in order to fast track their business development cycle, but that is only possible when your idea has gained some momentum and is a business, at the idea stage one may find it extremely difficult to attract huge amount of money from any investor. The only visibility of the idea is possible when the investor is able to see the momentum of the idea and that momentum is gained by spending time and working on the idea. First give or invest time, then ask for value for the result of that time given or invested.

Quantifying Time for an Idea or Business

It is a tricky situation to quantify the amount of time to be spent on an idea in order to launch it successfully, the answer lies only in investing time in the idea on a daily basis and doing something about it, that takes it forward in some way, and that could mean investing may be ten minutes or may be the entire day, but the point is to be action oriented. Only in doing so, it helps one in understanding what amount of time will be needed to get to the goals set around the idea.

But then we also read about Elon Musk who has been putting in days together at his companies Tesla and Spacex, ends up sleeping on the factory floors, which may sound confusing to some, as to after having built such big companies and having invested billions in to it, one is still ended up working all day and night. Well that’s his story, not yours. His appetite for success is unlike anyone else’s. Irrespective of the result, Entrepreneurs in the Middle East spend the most of the day in their businesses, followed by those from the Asia Pacific, America and then lastly Europe. So with your idea you need to just focus on giving it time and working on it. Embrace the journey, not the destination.

Learning from Failure with investment of Time as against Money

With starting up, often plans don’t go as they are meant to, and entrepreneurs taste failure many a times before tasting the ultimate success. Failure teaches us more than success, and it is always better to have learnt from failure when we have put in more time and less money, thereby learning is not costly and it is motivative to move ahead, than from spending less time and more money on launching your idea, making the learning costly and demotivating to move ahead.

Learning smartly is not just about investing time more than money on your ideas and projects, but also by investing time in reading/studying about others stories, thereby having learnt the lessons and being prepared when one experiences similar situations in their lives. Smart Learning is so much easily accessible to us in todays time, unlike earlier when there were no smart phones and very limited commercial use of internet.

When Timing is not right?

Sometimes we find ideas that are worked upon even before its time has come in terms of customer validation or market acceptance, with that kind of scenario the Entrepreneur must maintain high levels of perseverance, motivation and focus to see his idea through the challenging times. The idea itself demands a lot of time for the market to grasp its benefits, follow it, or accept it. Take for example the Fax machine which was invented and patented by Alexander Bain in 1843, but it found its mass commercial use and success in the 1980’s.

Why loose Time behind something that may not work?

Although time cannot be regained, Entrepreneurs must not hesitate in trying new things with their ideas, must not fear that it may be a waste of time. The truth is that, if you are not willing to try, to put some time to an idea, then you are never going to know which of your idea(s) and when will it work for you. One has to be willing to put in time first and not money, because time is far more valuable and validating than money.

4 thoughts on “The Time Factor”